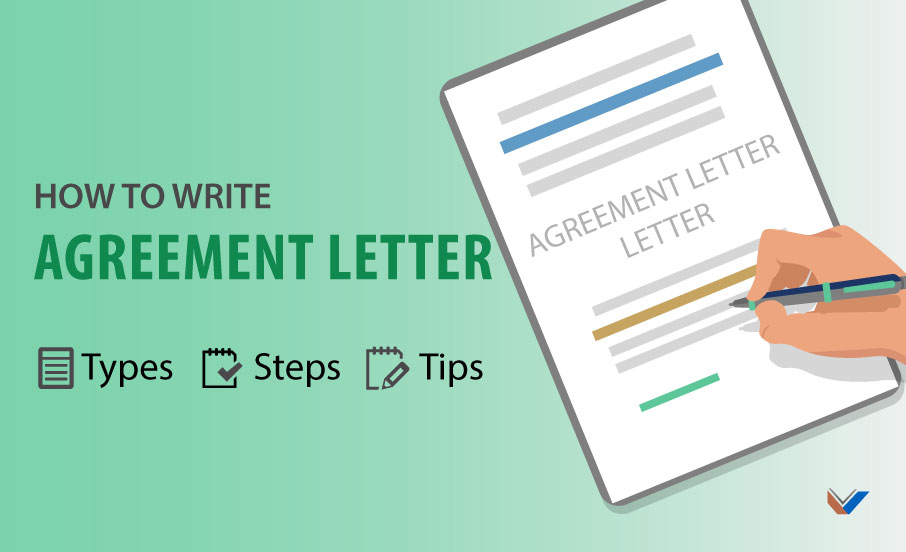 Negotiation always isn’t as easy as it sounds. Be it your boss, teacher, parents or whoever, we have done some sort of negotiation more or less in our lives. But of course, doing it with your parents is on a different level than negotiating with a potential (or not) business partner. At the occupational level, it needs to be formally memorialized. So if the agreement/disagreement comes in a written form, it becomes a lot easier to avoid misunderstanding and unfortunate, costly litigations. This is where an agreement letter comes to play.

What is an Agreement Letter?

You might have guessed by now when an agreement letter is written. But don’t confuse it with the formal contact between the parties themselves. An agreement letter is the basic version of that contract, the shorter form. It is not as complex as a contract and is more than a handshake after the meeting.

A letter that expresses agreement over a particular issue that has been previously discussed and debated upon, is called an agreement letter. This is written to show that the writer has agreed to the recipient’s opinion/proposal about the issue at hand, they accept their individual responsibilities and that they may now proceed with the dealings to come as a result of this agreement.

An agreement letter can be classified into two prime categories:

How to Write An Agreement Letter:

Your agreement letter will vary with the nature of your projects. Here, I will tell you what goes in, in a letter written to a freelance writer who has agreed to work for so-and-so company.

Before starting the whole thing, you must be aware of what topic of agreement you are writing about. And this is not just you; the other party also must be aware of what you both are agreeing to. You can meet and discuss, take important notes and the help of an advisor to highlight specific and/or important points of the meeting in your letter.

After all is said and agreed, now is the time to draft. Although it is shorter than the real contract, it should be sufficient and definite enough to carry the main points in it. Since I will tell you here about an agreement letter with a freelance writer, the highlights should be what service he/she should offer, the fees, additional costs for tasks beyond the job responsibilities, the timeline, and the payment method. Begin outlining with these in mind. Other than these, some basic formats and your letter will be ready.

Make sure you followed the tips.